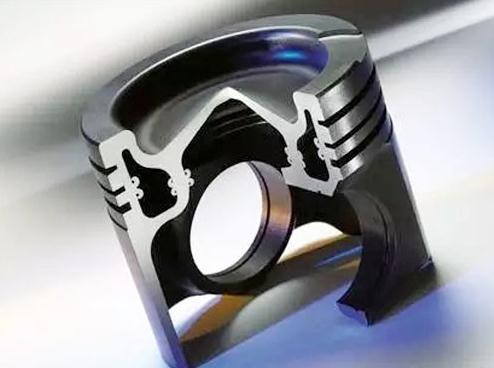 Norbert Schneider, Director of Global Application Engineering at Federal-Mogul Powertrain Heavy Vehicles/Energy, Industrial and Transportation Pistons, revealed at a press conference in Shanghai that the Federal-Mogul Powertrain has introduced its leading MonosteelÂ® steel piston technology to China to meet Demand for pistons with superior performance in heavy-duty diesel engines under the National V-6 and S6 emissions regulations. It is said that MonosteelÂ® steel pistons will be mass-produced in 2017 at FM's piston plant in Qingdao.

At the media communication conference, Norbert Schneider conducted in-depth communication with domestic mainstream automotive media such as Gasgoo for issues such as the market demand for steel pistons, key technologies, and the process of localization in China.

The "rigid" demand for steel pistons

The burst pressure is directly related to the key indicators such as engine output power and emissions. Norbert Schneiderâ€™s European and American countriesâ€™ â€œTreatment Trend of Heavy-Duty Diesel Engine Outburst Pressure from 1960 to 2020â€ showed that the engine explosion pressure was only 110 bar in 1961 and rose to 180 bar in 2000. In the following years, the outbreak pressure accelerated and now reached 240 bar. It is expected to reach 270 bar by 2020. In 2009 and 2014, the European Union implemented the Euro VI and Euro VI emission standards. It is understood that most of the heavy-duty diesel engines in Europe and the United States have already used steel pistons. The Federal-Mogul Powertrain began production of steel pistons in Europe and the United States in volume in 2003.

Norbert Schneider further analyzed that at present, China is implementing the fourth national emission standard (the fifth national standard has been implemented in some cities), and the national five emission standards will be implemented nationwide from July 2017 and the national six emission standards will be implemented by 2020. The outbreak pressure of domestic heavy-duty diesel engines will reach more than 180 bar when the State Five standard is implemented. At that time, the demand for steel pistons will increase significantly. The market explosion period will come with the implementation of the Sixth National Emission Standard and it is expected that by 2022, steel The demand for the piston will reach about 2 million. 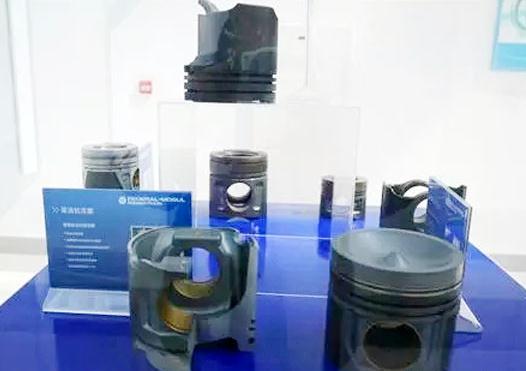 "The Federal-Mogul powertrain can make piston assembly (including the piston pin) and the weight of the traditional aluminum piston is equivalent, even lighter, but the performance is far superior to the aluminum piston." NorbertSchneider explained that "the strength of steel The strength of aluminum is much higher than that of aluminum, and the height of the steel piston can be reduced and the wall thickness can be very thin under the same application requirements, which is very important for the OEM, which can reduce the weight of the engine, save materials, and reduce costs. "Norbert Schneider said: "Compared to conventional aluminum pistons, the Federal Steel's MonosteelÂ® steel pistons can be reduced in height by 30%, while reducing frictional losses and fuel consumption. They can be reduced by up to 1%, depending on driving conditions in Europe. Fuel consumption."

"Aluminum pistons have a higher coefficient of thermal expansion than steel pistons. Therefore, once the engine heats up, the gap between the aluminum piston and the cylinder liner will be very small, close to zero, while the steel piston will ensure a relatively large gap. A small gap will result in higher friction losses. The MonosteelÂ® steel piston can save 1% fuel consumption simply because of the difference in clearance between the piston and the cylinder,â€ said Norbert Schneider.

How can a steel piston meet the needs of the Sixth Engine?

According to Norbert Schneider, China's five-nation and six-nation emission regulations to be implemented are very close to the Euro VI and Euro VI emissions standards. After long-term and extensive application verification in Europe and North America, the MonosteelÂ® steel pistons will be very suitable for the Chinese market.

Norbert Schneider introduced several key technologies and features of the MonosteelÂ® steel piston to meet the needs of the Sixth Engine:

Double friction welding structure. This is the most critical feature of the MonosteelÂ® steel piston, which has both internal and external friction welds. The material at the weld is subjected to high temperatures and high pressures, forming a perfect combination of grains, without reducing the structural strength, which makes MonosteelÂ® steel pistons can withstand burst pressures in excess of 250 bar.

Full-size piston skirt. A relatively long skirt can improve the stability of the piston movement and reduce the influence of the second-order movement. This prevents cavitation from forming on the surface of the cylinder liner, which is a common failure type on heavy-duty engines. In addition, MonosteelÂ® steel piston skirt uses EcoToughDiesel low-friction coating, and design optimization of the best skirt line, significantly reduce friction loss, improve wear resistance, to meet the needs of heavy-duty diesel engine over 1 million kilometers of service life. With FEA calculations optimizing the skirt profile to a few microns, fuel consumption can be reduced by 0.2%.

Light weight and low compression height. The steel material of the steel piston makes it possible to reduce the compression height compared to the aluminum piston and help reduce the weight of the engine. In addition, the piston usually has only three ring grooves - two gas rings and one oil ring, while the MonosteelÂ® steel piston has a fourth ring groove. This relatively large fourth ring groove is not used to install the piston rings, but is specifically designed to reduce the weight of the piston, control the engine leakage and fuel consumption.

Localization of Monosteel Steel Pistons â€œAlthough the MonosteelÂ® steel piston will be produced in China in volume next year, our engineering preparations began five years ago. In 2011, the engineering team of Federal-Mogul Asia Pacific Technology Center (Shanghai) began to participate. The concrete development of the steel piston." Norbert Schneider told reporters.

It is understood that the Fahrenheit Shanghai Asia Pacific Technology Center is now fully equipped with MonosteelÂ® steel piston design and analysis capabilities. With the introduction of the steel piston production line, a series of more in-depth exchanges with European and North American technology centers, personnel training are also in order. The goal is to localize design and analysis capabilities to support the local production of MonosteelÂ® steel pistons.

Talking about the market expectation of steel pistons in China, Norbert Schneider stated that â€œthe improvement of engine technology is mainly driven by emission standards and regulations, and the emission regulations in China and Europe and the United States are getting closer, and the engine explosion pressure, combustion chamber temperature, and other gaps are increasing. The smaller, so FM says that the application of MonosteelÂ® steel pistons in China will not be significantly different from those in Europe and the United States, with some subtle differences as the Federal-Mogul Powertrain has localized engineering development capabilities and product optimization. It is completed by the engineering team of the Shanghai Technology Center. The development experience of Euro 5 Europe 6 can help us to shorten the development cycle of the five countries and six products and avoid detours.â€

As for the production capacity of MonosteelÂ® steel pistons, Norbert Schneider said that the production capacity is planned according to market trends to meet the needs of Chinese customers. The first production line will be introduced into the Qingdao factory next year, and will continue to be invested as market demand increases. Norbert Schneider stressed that the strategy for the Chinese market is localization, including localized engineering services and localized production.

We supply kinds of candle jar,such as glass candle jar. it is mainly used in luxury candle making,scented candle,and so on.

It comes in etched design and normal plan design, and we can do many treatment in the glass candle jar, like spraying color, ele-plating, laser carving and so on. The Glass Jar has glass lid, wood lid, metal lid, marble lid and can be made lid as client request. We have the most advantage on the luxury candle jars, welcome to contact us for more details.